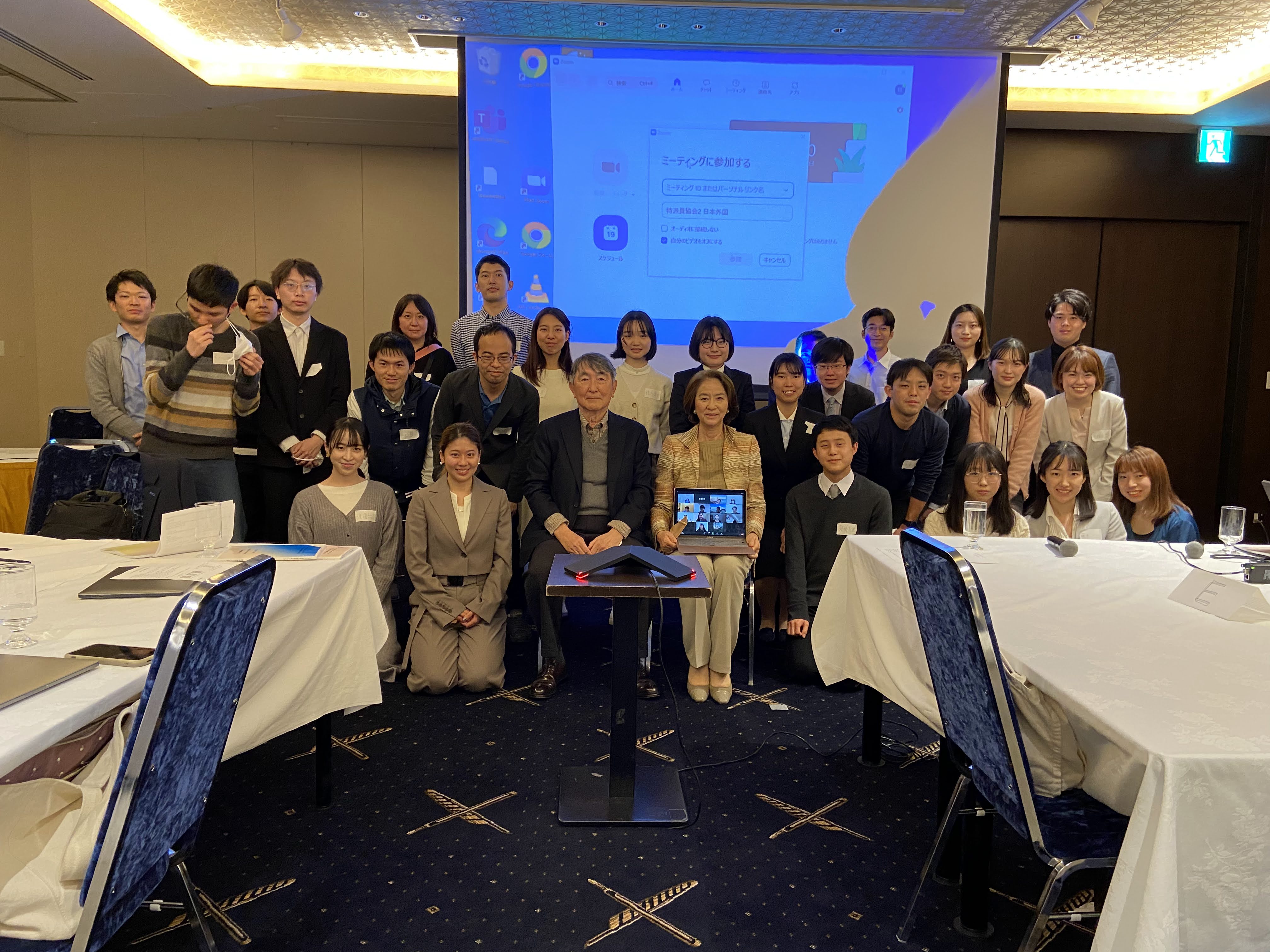 The 13th KIP Symposium was the 15th Anniversary KIP Symposium, celebrating 15 years since its establishment. The venue was decorated with photos looking back on 15 years of history and provided an opportunity to reflect on the many activities that have taken place, including forums, overseas training programs, and regional training programs. The first part of the symposium consisted of research presentations on 2021 projects, followed by a 15th anniversary commemorative lecture on the space industry by Ms. Rena Okajima, President of ALE Corporation, and a discussion on the theme of "Which should be prioritized, space exploration or correction of economic disparities in the Corona Disaster?More

An on-line Symposium connecting five cities around the world was held. In the first part, we had the 2020 project " A Role of Sending the Messages and A Responsibility of Communicating with People about Natural Disasters” Report. In the second part, we had the panel discussion "Expectations for young leaders under the state of emergency", and the group discussion "Should we let Japanese leader to have authority in an emergency?" As panelists for the second part, we welcomed KIP members, Hayato Nakamura who lives in Bangkok, Yuko Yokoi who lives in New York, Luka Ishino who lives in Paris, and Akira Endo who lives in London.More 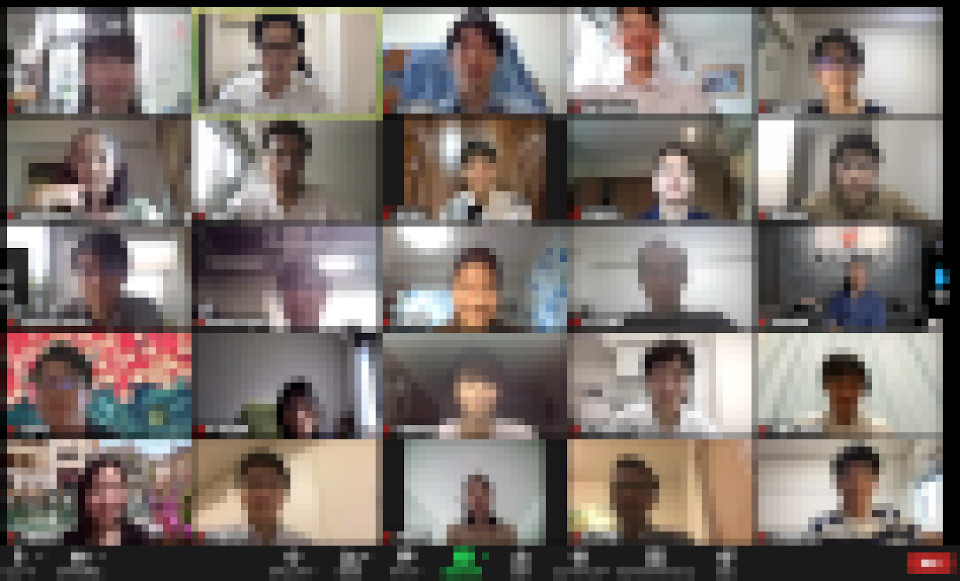 Our 11th symposium was held online on June 13th. We held an idea contest for the first time. In the first part, four team gave presentations themed on 'ideas for realizing a desirable Super-Aging Society 50 years later'. Besides, we decided a champion team, and had a discussion. The subject of the discussion was 'What makes it difficult that partners work together and make a fortune?' 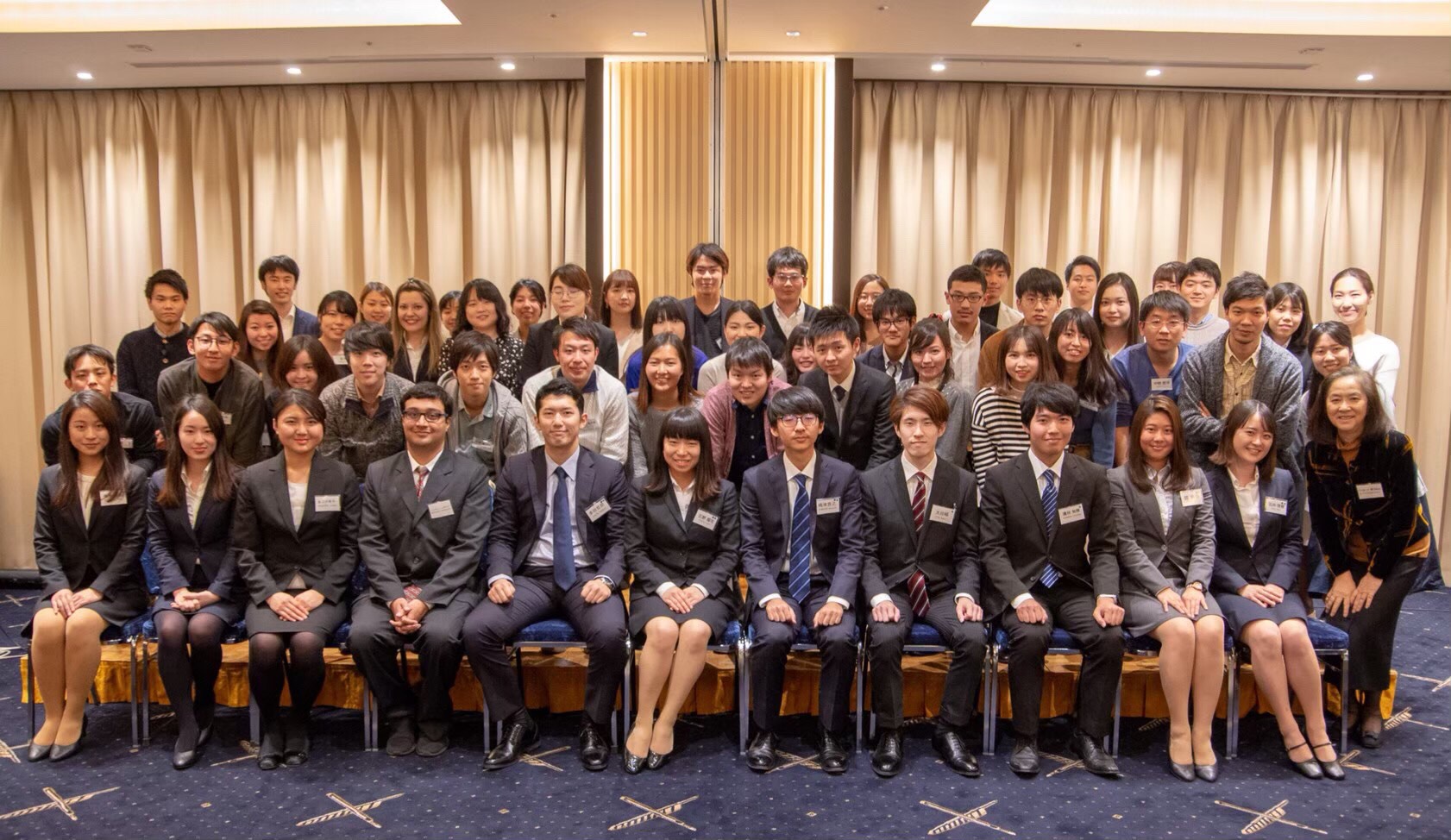 Our 10th symposium was held at the Foreign Correspondents’ Club of Japan on March 23th. In the first part, we had the report of ExNext project 2018 "Adverse effects and measures of intergenerational division by university students." Besides, Mr. Toshihiro Menju gave us the lecture "How to deal with the decreasing population? -Accepting immigrants as one option-." In the second part, we had discussion on "Whether is the decreasing population a chance or a crisis for Japanese education?" 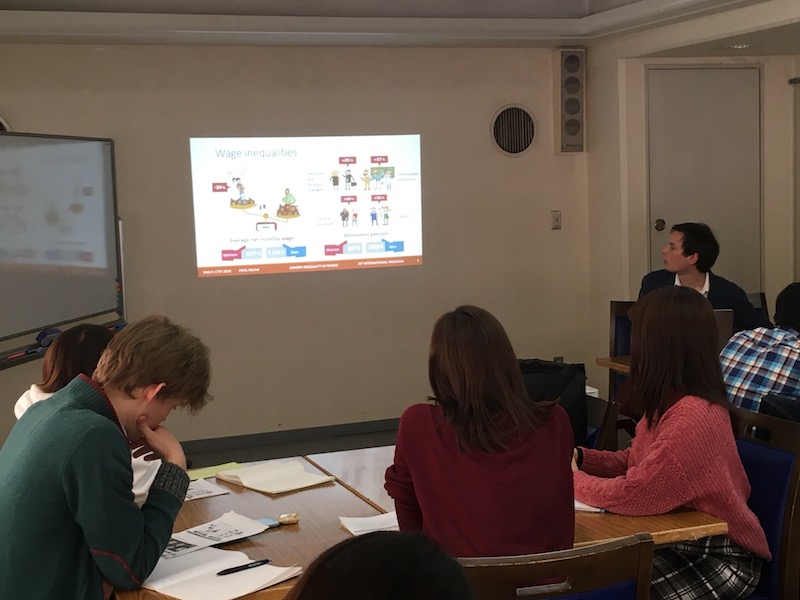 For our March International Program, we invited Mr. Pohl Michel, an international student from France currently studying in the Graduate School of Engineering, the University of Tokyo. The title of his lecture was “Gender Inequality in France.” Mr. Michel provided us with an amazing lecture about gender introducing the current situation on politics, work place, and advertisement. More 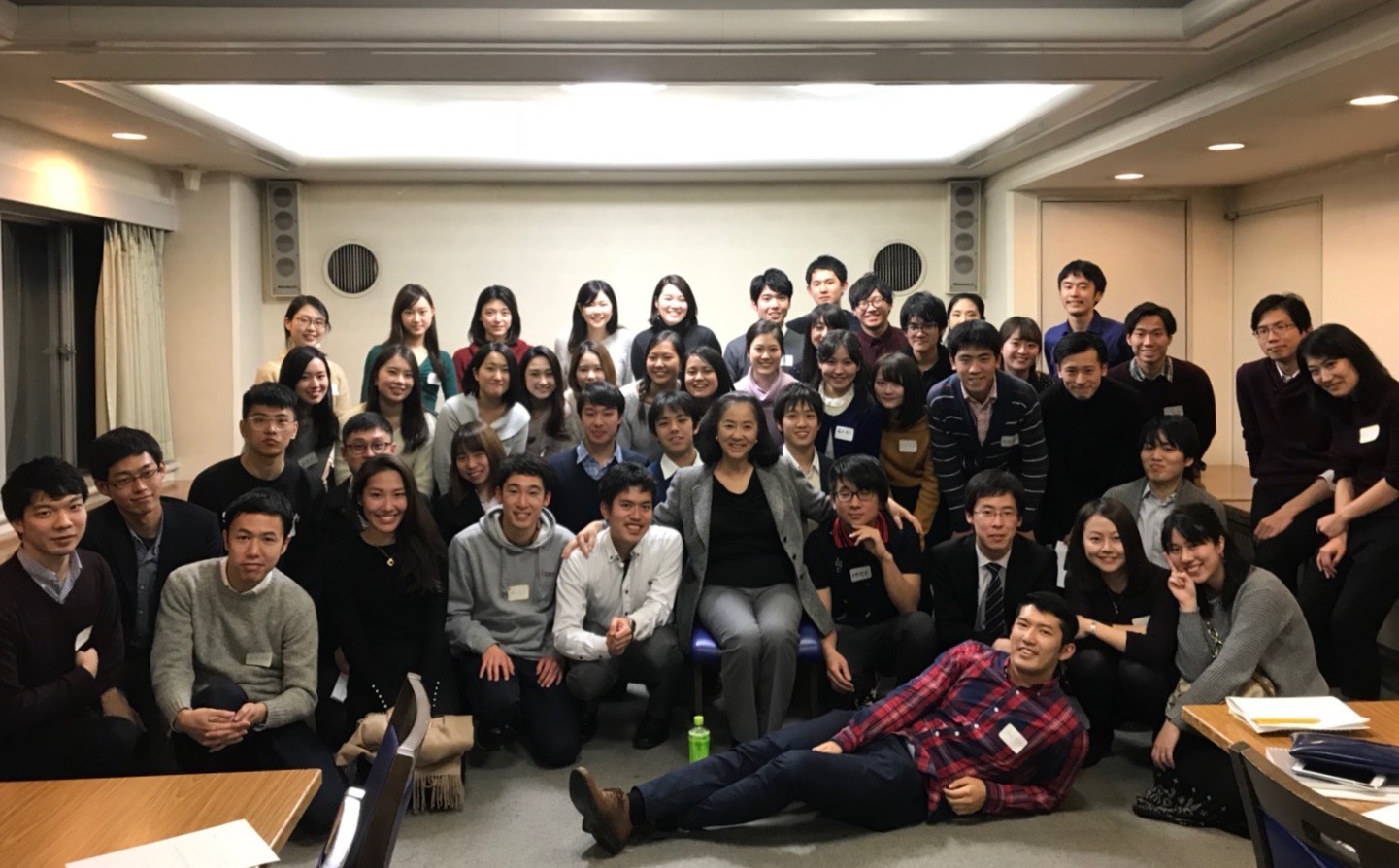 We had Alumni Event 2017 on December 16th. 15 alumni and 34 students got together! The main contents are presentation of study trips, a panel discussion, a discussion of marriage, and a curry party. Alumni are already working in the society. So, for students, they can learn various things from experience of alumni. For alumni, this was a reunion and enjoyed atmosphere of KIP. It was a really good time!More 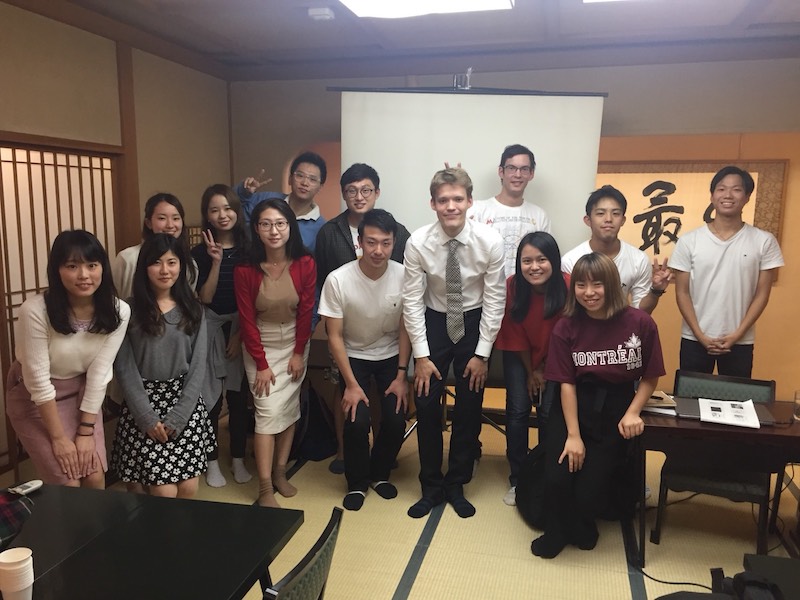 For our September International Program, we invited Mr. Igor Zavyalov, an international student from Russia currently studying Computer Science. He gave us a lecture on “Nuclear Energy,” and talked about history of nuclear technology and measures taken in Russia.More 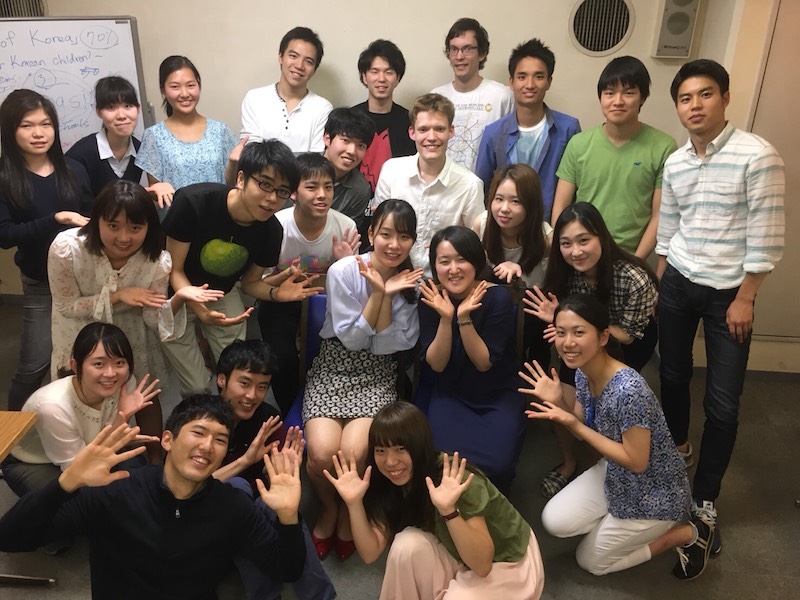 For the KIP June English Event, we invited Ms. Hye June Seo, an international student form Korea currently studying in the University of Tokyo to give us a lecture on the education system of Korea. The title of the lecture was "Issues of Korean Education System：Is this the best for Korean children?." Ms. Seo provided us with a fascinating lecture about the competitive college entrance environment in Korea with an insightful explanation about the socioeconomic situation of her country.More 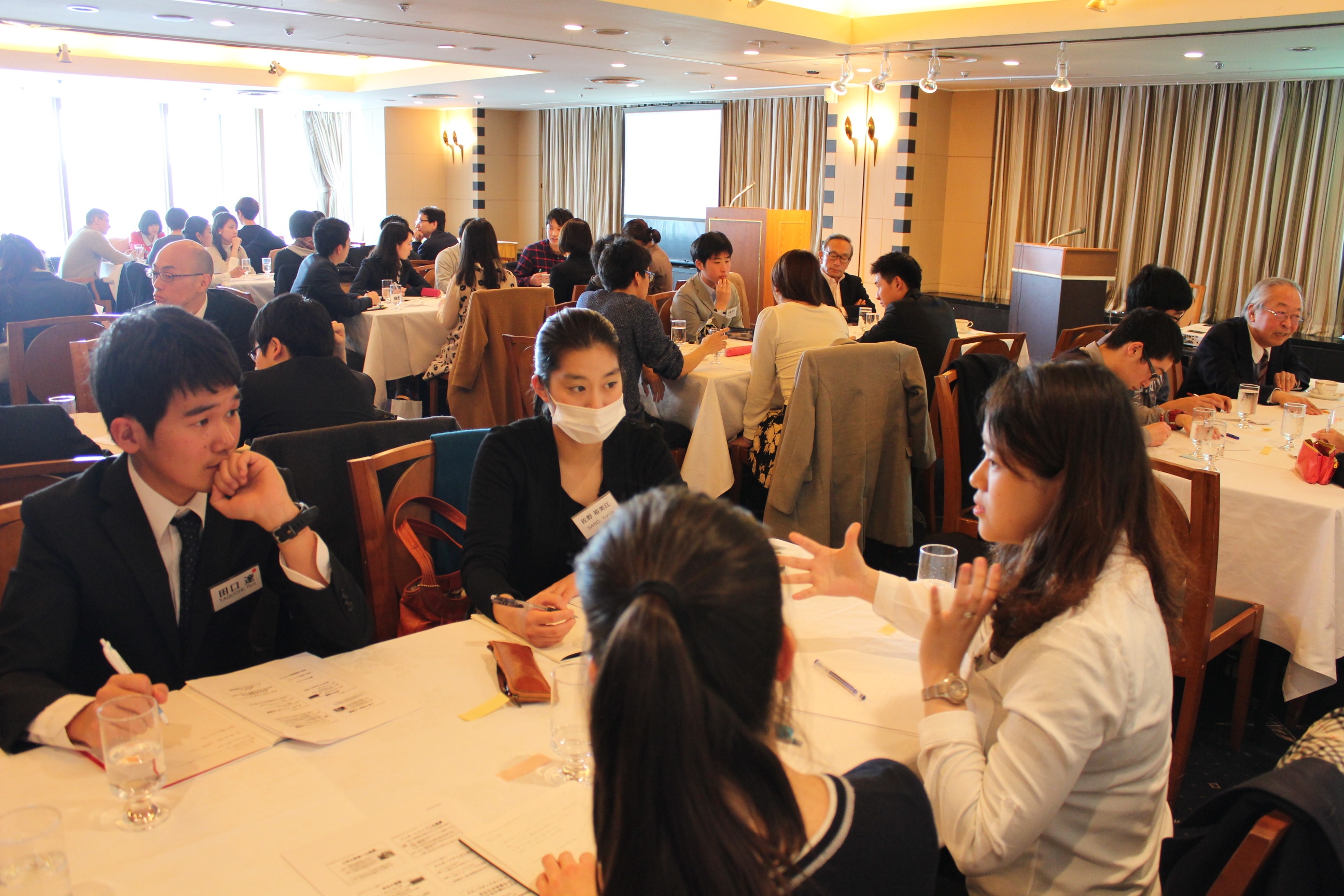 2016.3.26 KIP Symposium
“Thinks about the Future of University Education”

Our 7th symposium was held at the Foreign Correspondents’ Club of Japan on March 26th. In the first part, we discussed “what kind of university would you like to make if you were a president.” In the second part, we invited Chieko Ishii, from Ministry of Education, Sports, Science, and Technology. She gave us a lecture about “Promotion of Internship”, and we discussed “Should internships directly connected to recruiting be allowed formally?”More 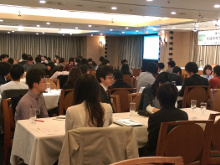 2015.3.28 KIP Symposium
"The Current States and Issues of Local Districts"

Our sixth symposium was held at Foreign Correspondents' Club of Japan on March 28th. We invited Mr. Toshihiro Menju, the commissioner of Japan Center for International Exchange, as our guest speaker. He gave us a lecture about "The choices of Japan, a depopulating society ? Should Japan accept immigrants?"More 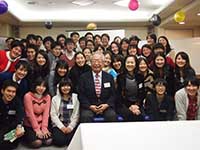 We held a panel discussion by 7 alumni members who work in various professions. They speak their experience. We had a wonderful time talking with KIP’s alumni and student members who have few chances to meet in other KIP activities.

Our fourth symposium was held at Foreign Correspondents' Club of Japan on March 23rd. We, KIP Project members shared and proposed the awareness toward the phrase "Global Human Resource" in the present day. We have been working on this project for half a year since the September of the year 2012. 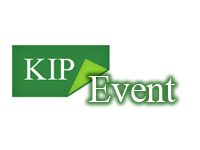 As preparation for the Hong Kong study trip of KIP project, we invited Mr. Inoue who usually trains business people to hold a custom-made workshop for KIP students. We learned useful techniques and methods for speech and debate, and trained our speaking skills to grab the audiences' interest. The stimulating workshop continued throughout 10 o' clock in the morning to 5 o' clock at noon on a beautiful Sunday. All the student participants had a great time and they look forward for the next opportunity for an English workshop.

Once a year KIP holds Symposium, where Project members introduces the results of their research. The theme of KIP Project this year was "Internationalization of Education" and "Lessons from 3.11 Earthquake".