2014.2.23 KIP Forum“The Field of International Business and The Way to Japanese who are competitive in such Field”
By Mr Makoto Yasuda, the President and the CEO of Yasuda Makoto & Co., Lmt.

Mr. Yasuda gave us a lecture about the styles of competitive Japanese in international business field.More 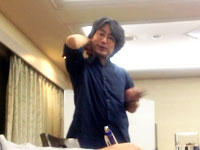 2013.11.21 KIP Forum "The Higgs: Mysterious particle that covers all the space"
By Dr. Hitoshi Murayama, Director of Institute for the Physics and Mathematics of the Universe, University of Tokyo

We invited a eminent particle physicist Dr. Hitoshi Murayama. He told us "what we are from": atoms and subatomics, including dark matter and Higgs particle. He gave us a new insight into the world.More 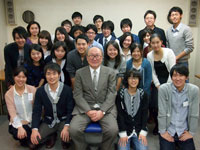 We invited Hatsuhisa Takashima, who had worked for the NHK, Ministry of Foreign Affairs, and Japan International Broadcasting. He gave us a lecture about "information transmission capacity by Japan."More 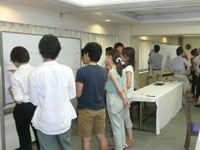 As one of the activities of the ongoing KIP Project we KIP members and students from Dartmouth College and Yale University compared our views on the term "地=chi". In addition, we discussed the ideal way to revitalize the countryside.More 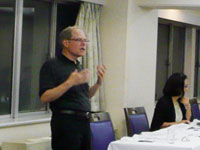 2013.7.17 KIP Forum
"A Different Way of Looking at the World"
By Dr. Robert A. Ulmer, counselor (Commercial ・Ontario) at Embassy of Canada in Japan

For our latest forum in July, we invited Dr. Robert Ulmer who is a current counselor at the Embassy of Canada in Japan to hear about his perspective on the importance of knowing and embracing as many different perspectives as one individual can by referring to his own experiences of studying English and Japanese literature, publishing the English translation of “The Lemon” and involving in various activities and fields as JETRO and the financial world of Japan and Canada. More 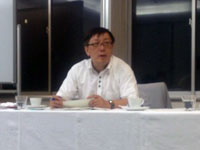 2013.6.18 KIP Forum
"Attitude toward international conferences: How to forward the negotiations with foreign people"
By Chihiro Sakuraba, Deputy Director-General of International Department, Bank of Japan

Forum in June: We invited Mr. Chihiro Sakuraba, who is the Deputy Director-General of International Department, Bank of Japan. On the title of "Attitude toward international conferences: How to forward the negotiations with foreign people", ChihiroMr. Sakuraba gave us a speech. He talked about the reality of international conferences and tactics that leads to successful negotiation. His stories from his own experiences at the previous G7 affiliate meetings were fully shared by the forum participants.More 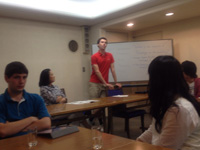 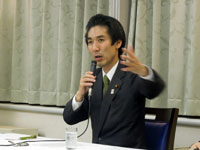 2013.4.24 KIP Forum "Politics and Diplomacy in Japan"
by Mr.Minoru Kiuchi, member of the Lower House

We invited Mr. Minoru Kiuchi, who is a member of the Lower House, to give a lecture about "What is a significance of our life?" as well as Japanese Politics and Foreign Affairs. He talked about his own experiences and how to face with current problem in general.More