August.20.2022 KIP August Forum "PAST, PRESENCE AND FUTURE OF UKRAINE" 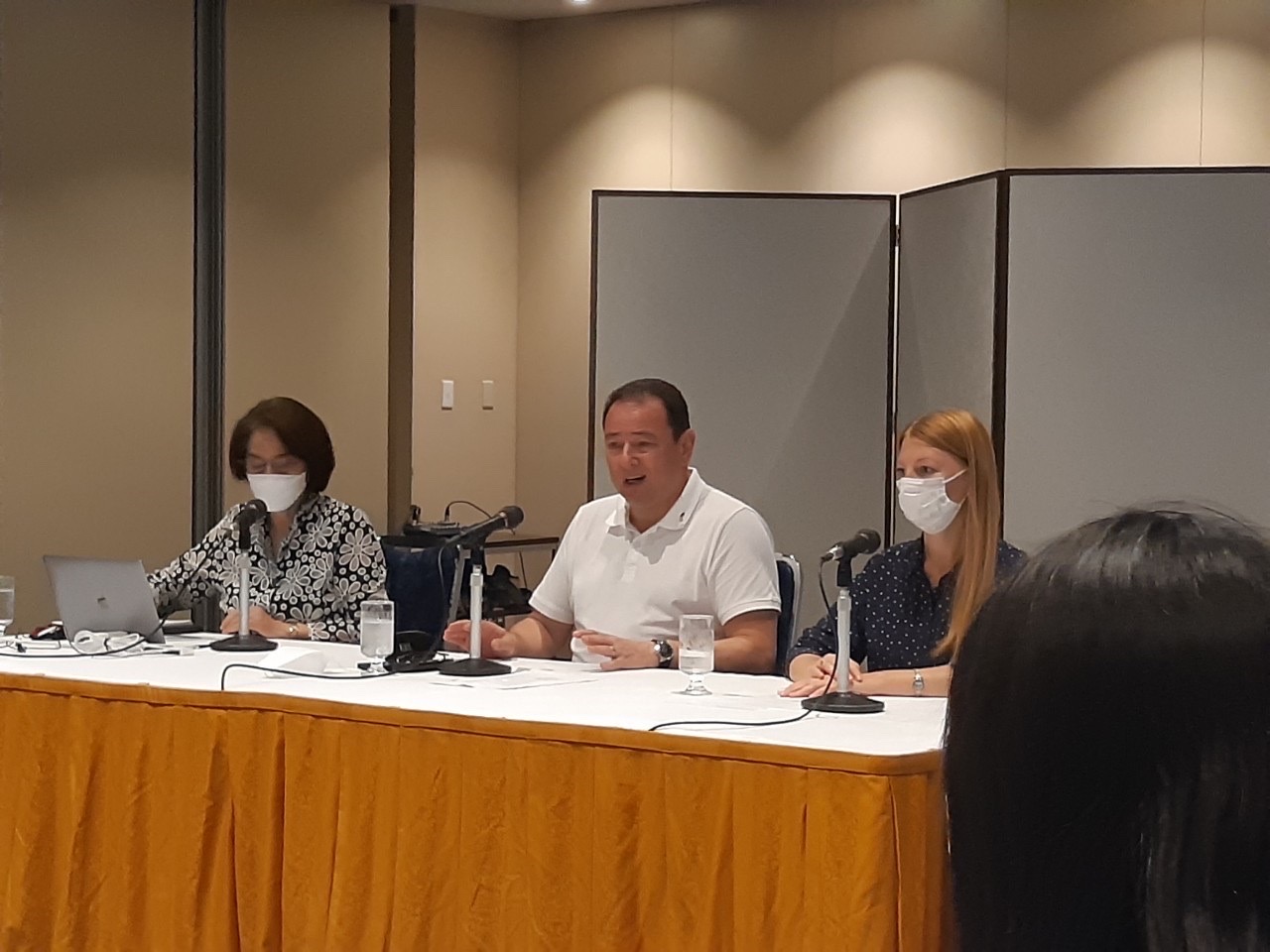 Mr. Korsunsky shared with us the current situation and message of Ukraine, which has been in a historically difficult situation since the invasion by Russia on February 24th this year. With students currently living as Ukrainian refugees in Japan, we were able to listen to the explanation of a wide range of questions about Ukraine's past and future. The history made Ukrainians say "Just leave us alone. We're so sick.". As a role of the Japanese people, "You can be proud of what you can do from 8,000 km away.” The audience was united in accepting the voices.

The speech began from that the history of Ukraine and Russia is a psychological and spiritual issue. Mr. Korsunsky talked the history from the time of Kievan Rus' with its capital in Kiev over a thousand years ago, and then when it parted company with the weakly controlled Moscow after the Mongol invasion in the 13th century, to the period of rising of Russia as an empire in the current centuries. The lecture explained how Russia has repeatedly tried to deprive Ukraine of its autonomy and annex it by any means necessary, and how, even in the 20th century, it has tried to exterminate entire cultures and lifestyles. For example, they starved some villages to death and slaughtered intellectuals. He said "We didn't have an army. Why should we have it?", and "They must be normal. I doubt they can't."
During the Q&A session, he also had a message for Japan. There are countries where we cannot communicate with each other due to ideological reasons, but there are certainly democratic countries with large populations in the world. Also, he showed full appreciation and wishes for Japan to take the lead in Asia and continue imposing sanctions. It will be great if they accept a little loss of life (due to economic sanctions) because this is "the battle between democracy and Russia", according to him.
In addition, at the invitation of Mr. Wada of alumni, the voluntary participants in this forum wore light blue or yellow clothing/items to show solidarity to the extent possible. From the lectern to the nametags and the clothing of many participants, the beautiful colors were eye-catching from the moment they entered the room. 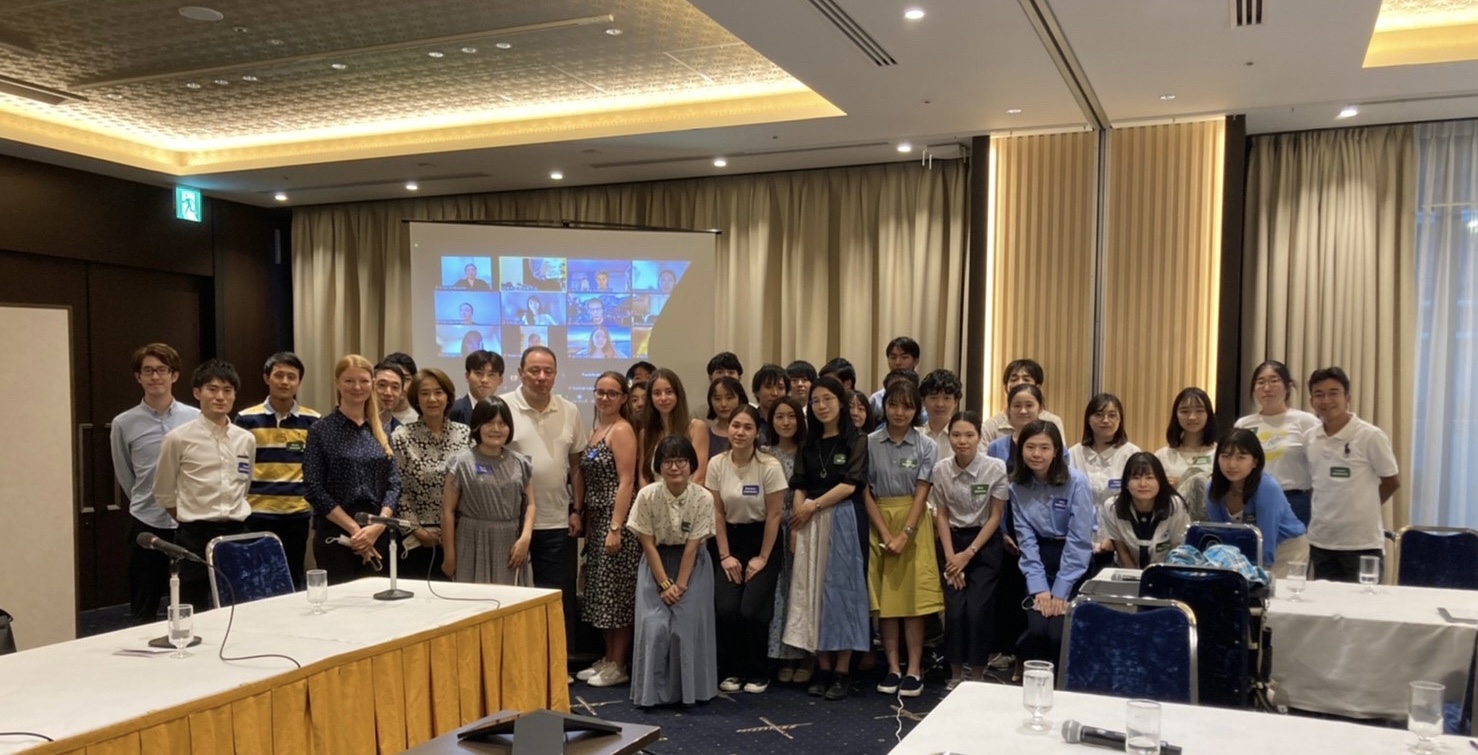 I feel that the speaker in this forum put his souls into his words, not knowing when he might not be able to deliver his speeches that day. In addition to taking the current situation seriously, for me this was an opportunity to rethink two things.
The first is about the war. In Japan, the students were sent off to the front during the Pacific War, and many of the female students who saw them off expected to lose the war, and there was some skepticism about going off to war, according to testimony broadcast on TV 75 years later. The history of Ukraine, which has been a war site many times, differs from that of Japan, an island nation, and the strength of Ukraine's feelings toward its homeland must be considered with all the imagination one Japanese can use. “We didn't have an army. Why do we need one? It costs money." These words of Mr. Korsunsky will be chewed over and over in me.
The second thing that I reaffirmed was the opportunity to investigate the history of Ukraine, its surroundings, and the East Slavic peoples. I have limited knowledge of ancient and medieval world history, partly due to my major, but I was made to intuit that to understand what is happening now, I must make assumptions about the more than 1000 years of history of the ethnic groups in the background. I was deeply convinced by what I learned about the relationship between Ukraine and its neighboring countries, not only by the materials shared prior to the forum, but also by researching after the forum. It was a day that reminded me of the need to continue learning about history.
KIP requires a multifaceted viewpoint for discussion. This time, I would like to take the "viewpoints of the people concerned" that I was able to hear in depth, and to adopt the attitude, listen, and act that we can take as Japanese people to protect human life.