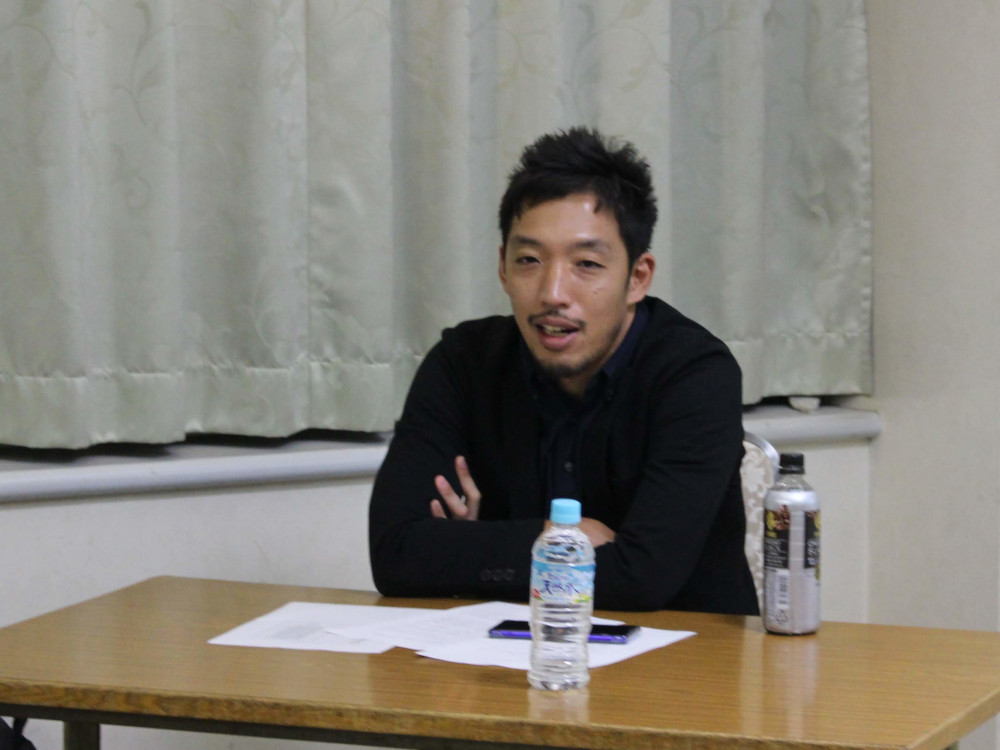 September Forum was held on October 1st, inviting Mr. Ryosuke Nishida and a senior member, who deals with public relations of administration. They discussed election campaigns and political activities using medias, the legal system, and image-building strategies of them. Next, we had a discussion about "Should the cost of political advertisement regulated?"

He is a sociologist and an associate professor of the institute for liberal arts of Tokyo Institute of Technology who specializes public policy and information society. He finished his master’s degree in Graduate School of Media and Governance of Keio University

At first, Mr. Nishida and an alumnus discussed the topic. The recent trend of media is that the number of television viewers in twenties is decreasing, but as a whole all generations mainly get information on TV and the Internet. Especially, Internet users are increasing. It is characteristic that information is widely spread by medias’ interaction, as evidenced by that what television has reported are seen on the Internet and that news programs and newspapers feature what has gone viral on social media.

Regarding the connection among politics, medias, and advertisements, political parties and politicians apply online advertising to information strategy, which deliver political advertisements to voters on social media and the Internet. In Britain and America, there is a strong recognition that the regulation on expression in political activities and election campaigns should be minimum. On the contrast, Japan attaches importance to offering fare environment as a poor politician can even take part in politics actively. It is uncertain that which is better, but Mr. Nishida problematizes the inconsistency between the regulation and its purpose. For example, there is a regulation on the number of distributable handbill, but not on the times of posting advertising videos on the Internet. Also, the Broadcast Act bans election campaigns on TV and radio, but not on the Internet. As for the election campaigns and political activities in ways as used in a commercial market, which appeals to voters’ images and impression, he argues that it is effective to get votes from those who are not always interested in politics, however, it does not deepen substantial understanding of measures.

The theme of the discussion was “Should the cost of political advertisement regulated?” In my group, our stance was “no” because it is difficult to set a fare standard of the regulation and it might diminish the freedom of speech. In floor discussion, many students stated the opinion that small political parties will get more opportunity to grow up if the regulation of the cost of political advertisement is imposed on a bigger political party, which has more funds and members.

In the last part, Mr. Nishida made a comment on our discussion as following. On the premise that there is currently a certain regulation on the cost of political advertisement, political parties will find a way to adapt to it, such as entrusting advertising activities to volunteers if the regulation is tightened. It is important to think about whether the regulation is effective, and the effectiveness relies on the terms of regulations.

Finally, we really appreciate Mr. Ryosuke Nishida to give us a very interesting lecture, and the senior member to promote the discussion and provide an additional explanation.
(Misaki Kayasuga, Sophomore, Faculty of Law, Keio University)