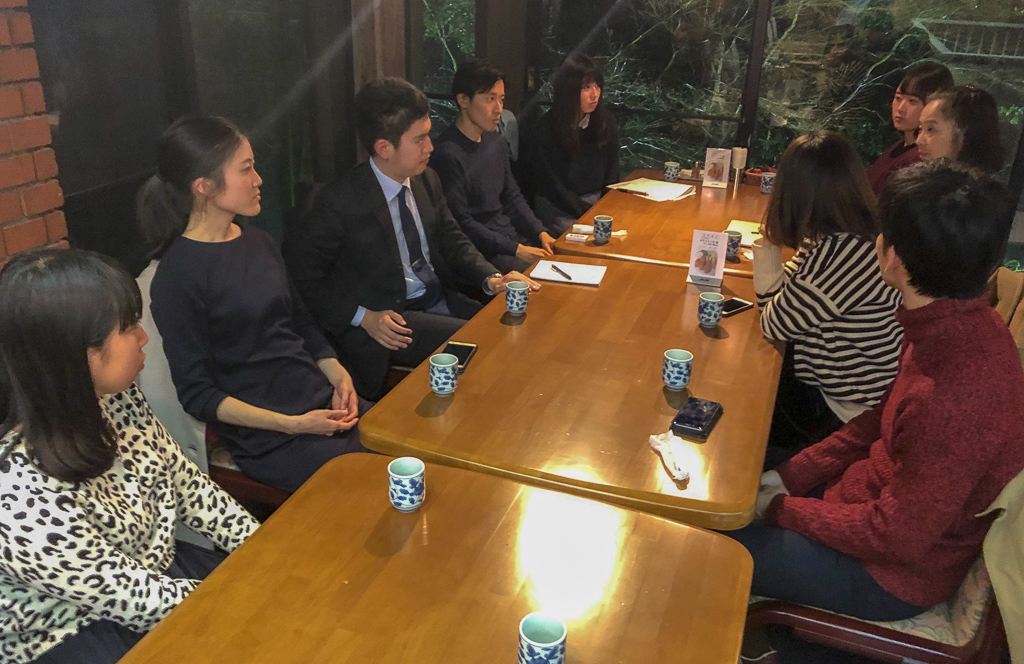 “Do you want to drive a car in the future?” Mr. Nakatsuru asked us at the beginning of the Alumni Talk. We, while having dinner, talked casually about the current situations regarding the automobile industry based on his handout. It indicated four major trends that are changing the automotive industry. The acronym “C.A.S.E.” (“Connected”, “Autonomous”, “Shared & Services”, “Electric”) is regarded as key elements in “the changes for the next 100 years.” We discussed a variety of topics, such as electric vehicles, autonomous cars, and the relationship between cars and rural areas in Japan. Here, I would like to review one of the discussions as an example.

We considered whether the demands for the new technologies would, in fact, increase or not. One student insisted that we might not expect an increase. He stated that over a long period of time, the demand in developing regions like Africa, ASEAN, and India, would increase. These areas may pay attention to price or to the number of vehicles sold, and may not appreciate the new technologies. Mr. Nakatsuru made a comment that the demand in developing regions would increase, but it would probably take 30-50 years, given that the EV tech and autonomous driving system will develop dramatically in the next 5-10 years, he assumed the markets of US, EU, and China were still important for almost all of the automobile companies.

This answer based on his belief that, in any business situation, the case should be analyzed based on the detailed facts, and we should not determine it from some suppositions. At the end of his speech, he mentioned that the Ford F-Series, had been the best-selling pickup truck since 1977 and the best-selling vehicle since 1986 in the United States. This shows that all sorts of cars, have a respective product story and history. He said that he still felt a strong attraction to the automotive industry, and he would come back someday. Finally, we would like to thank Mr. Nakatsuru for taking time for us.

(Takashi Seto, The University of Tokyo, Faculty of Literature)