May.14.2022 KIP May Forum "As a company who supports the further development of Japan (History of Japan National Railways and JR-Central, and The Linear Central Line)" 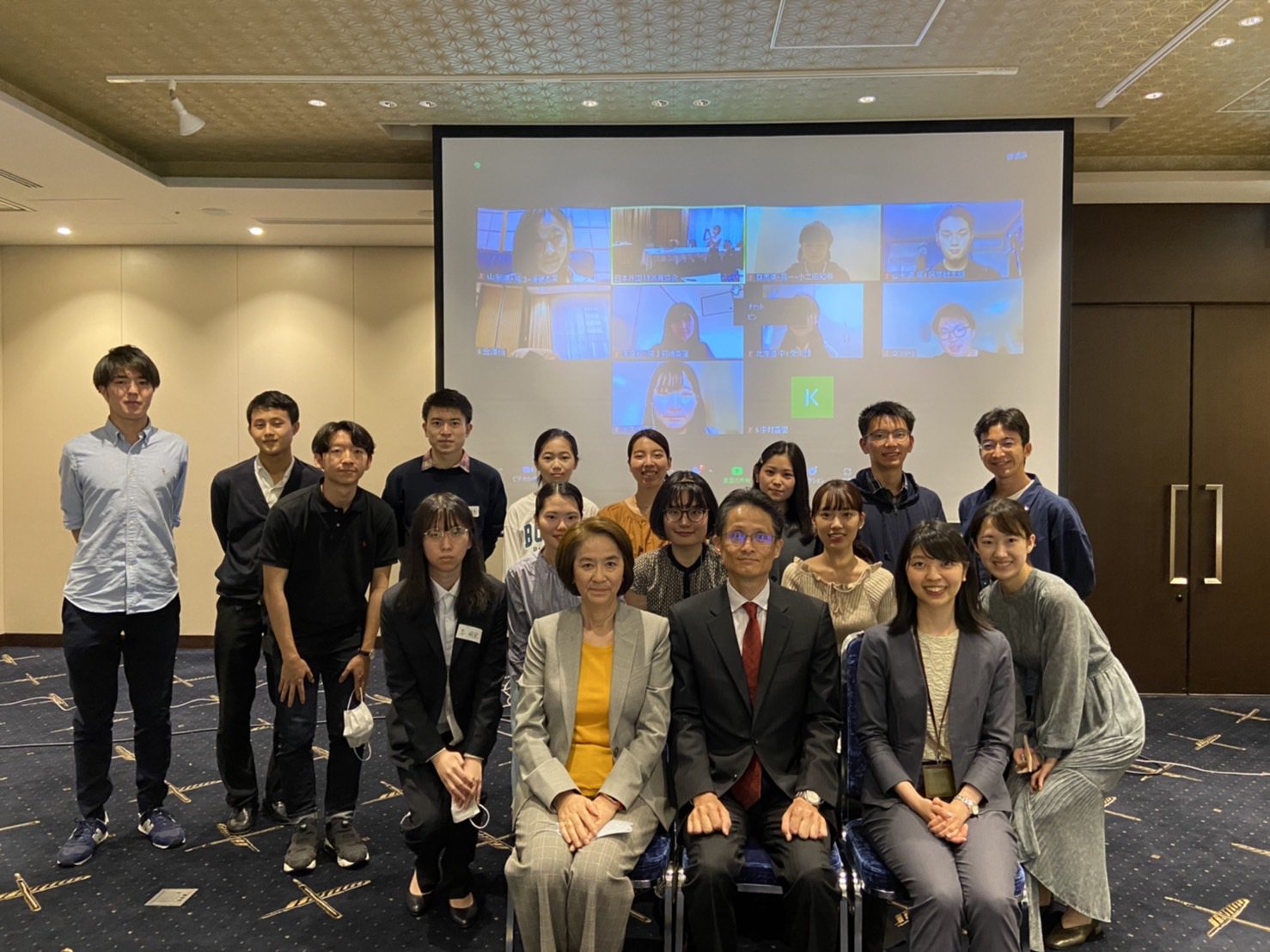 Profile: Chief of personnel administration, Central Japan Railway Company
After graduating from the Faculty of Economics, Kyoto University, joined Central Japan Railway Company (JR Tokai). He was assigned to the Human Resources Department as a general manager, then became the Chief of the Labor Department of the Human Resources Department after working as the Chief of the Tokyo Public Relations Office of the Public Relations Department, which is also said to be a major role. are doing.

Mr. Kumekawa talked about the transition of JR-Central as a public entity through the process from the era of Japan National Railways (JNR) to the construction of the current Linear Central Shinkansen Line. First, Japan National Railways (JNR) was established in 1949 after World War II. It remained in existence until it was dissolved by privatization in 1987. Although JNR initially contributed to Japan's postwar reconstruction, it was unable to respond to changes in transportation demand due to a lack of sense of ownership since decisions were made by the Diet, its business fields were more limited than what it is now, and workplace discipline was erratic. And from 1964 onward the company fell into the red and its debt increased since then. The area of which JR-Central has control is a huge economic zone that accounts for about 60% of Japan's GDP. and with the so-called "dollar box" of the Tokaido Shinkansen, it is often said that the company's business is secure. However, at the time of the split, the Shinkansen technology had become obsolete, and the company faced various difficulties, such as aging facilities and limited transportation capacity. Therefore, JR-Central solved the problem of lease payments by the Shinkansen holding company, which had been hindering its management, by purchasing railroad tracks and other means, achieved higher Shinkansen speeds and frequencies, and secured profits through the construction of Shinagawa Station and Nagoya Central Towers. The company has also revitalized the economy. JR-Central is now aiming for further development through the construction of the Linear Central Shinkansen Line for two main reasons. The first is to prepare for disasters such as the Nankai Trough earthquake as infrastructure to support the huge economic zone of Tokyo, Nagoya, and Osaka. By building a linear line, the aim is to strengthen the dual system of transportation so that the flow of the economy will not come to a halt. The other is to revitalize the areas along the Tokaido Shinkansen Line. Currently, the Tokaido Shinkansen focuses on transporting people between Tokyo and Osaka, and not many Shinkansen trains can stop at small and medium-sized stations along the line. Its construction will enable them to stop trains at those small stations and therefore expected to increase the number of tourists.
Finally, Mr. Kumekawa explained population concentration and its economic effect. Having a huge metropolitan area such as Tokyo has the effect of increasing productivity, especially in the service industry, and creates an environment that is conducive to innovation due to the many encounters between people. In addition, the large population size creates many niche industries, which leads to higher GDP.

The theme of the discussion was " JR-Central's Central Japan Shinkansen Line policy has the aspect of encouraging population concentration, but what are the merits and demerits of population concentration when considering the future of Japan?"" My group considered the merits and demerits of population concentration from two perspectives: national and individual. It is true that when considered on a country-wide basis, economies of scale can be applied to increase GDP, and resources can be used more efficiently than if they were dispersed. However, from an individual standpoint, it was concluded that life in large cities is becoming more individualized, and that there is a tendency for more people to feel lonely, which raises questions about mental health and happiness. In the general discussion, there were concerns that the increasing concentration of people in Tokyo would lead to the dominance of metropolitan thinking and loss of diversity, as well as the possibility of reducing the disadvantages of concentration in Tokyo, such as vulnerability to disasters, by concentrating people in multiple cities throughout Japan.
In his comments, Mr. Kumekawa suggested that it would be better to specify whether the concentration of population should be in Tokyo or in cities so that the discussion will not diverge, and that even if the population is dispersed, the population will remain concentrated in Tokyo as it is now, so concrete measures should be discussed and the disadvantages of population dispersion should also be considered. He also pointed out that we need to consider the balance between dispersion and concentration, taking into account the disadvantages of population dispersion.

I felt that the theme of the concentration of population in Tokyo had been talked about for a long time, but thanks to this specific discussion on the merits of this issue, I was able to gain a more multifaceted perspective on this problem. I also believe that the SCMAGLEV is a dream project, and I am very much looking forward to its completion.